Success for Save Bees and Farmers!

In this newsletter: European Citizens Initiative "Save Bees and Farmers!" gathers 1,2 million signatures, news and tools for action about GMO regulation, SLAPP lawsuits, toxic pesticides trade and Roundup lawsuits in the U.S.

For those in the EU: Thank you so much for supporting the European Citizens’ Initiative Save Bees and Farmers! 1,2 million EU citizens signed to demand a phase out of synthetic pesticides by 2035. The pesticide industry was already preparing to celebrate the failure of this initiative, but they didn’t count on you! We want to inform you about the next steps, and to share news and tools for action on other hot topics: Toxic Trade, new Roundup court cases in the U.S., GMO consultations and SLAPP lawsuits to silence those who dare to criticise the industry.

Save Bees and Farmers: what’s next?

We actively support the ECI Save Bees and Farmers, an important step toward a pesticide-free agriculture. Such a transition is very urgent both for our health and for the restoration of biodiversity, in order to give us and the next generations a future. Your help contributed to make this ECI succeed! The organisers will hand all signatures (digital and on paper) to the national authorities in charge of verification. After validation (early 2022), the EU Commission and Parliament will receive the organisers. The response by the Commission will be discussed in the EU Parliament. Sustainable farming and pesticides are already a hot topic, for industry is heavily attacking the 50% pesticide reduction target in the EU Farm to Fork Strategy. Stay tuned! 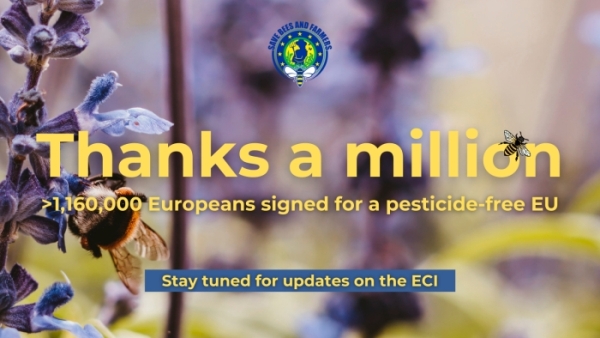 Pesticide corporations like Bayer-Monsanto, BASF, Syngenta and Corteva make significant profits by producing and exporting pesticides that are banned in Europe. They sell the products to other countries and the residues come back in imported food. This new video tells the story of toxic pesticides and international trade. 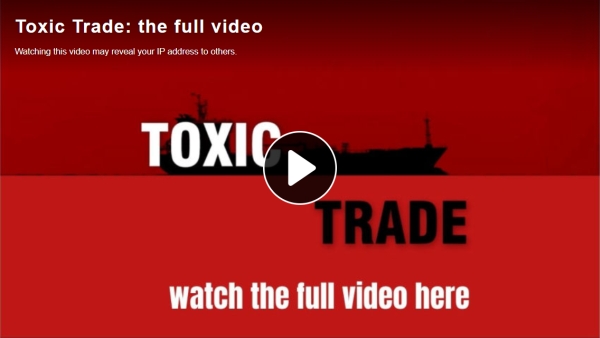 Roundup lawsuits in the U.S.

The Donnetta Stephens v. Monsanto trial is currently taking place in California. It is the fourth Roundup cancer lawsuit to go to trial and the first since 2019. Stephens suffers from non-Hodgkin lymphoma she blames on her use of Roundup herbicide for more than 30 years.

Monsanto lost each of the three previous trials, after lawyers for the plaintiffs presented jurors with multiple scientific studies finding potential health risks with glyphosate and Roundup. The plaintiff’s lawyers also used “Monsanto papers” as evidence, arguing they showed intentional efforts by the company to manipulate regulators and control scientific research.

In parallel, on October 6, Bayer-Monsanto won a case for the first time, defeating at trial Destiny Clark, who alleged her use of Roundup exposed her child to the pesticide and caused him to develop cancer. To try to quell future litigation, Bayer said it would stop selling Roundup, and other herbicides made with the active ingredient glyphosate, to U.S. consumers by 2023. But the company continues to sell the products for use by farmers and commercial applicators.

Keep on following the latest news on the U.S. Right to Know’s Monsanto Trial Tracker.

Give your opinion on GMO regulation in the EU

While the industry is threatened by strong reduction targets in pesticides use, it is pushing for deregulation of “new” genetic engineering methods to boost its profits on the seed market. The UK is now taking the Brexit as an opportunity to drift away from strict EU rules on regulation of genetic technologies. The country is making field trials much easier for crops engineered by ‘gene editing’, despite public concern expressed in a public consultation started in January 2021. Another public consultation on GMOs is taking place, this time in the EU, until 22 October 2021. You are welcome to contribute by using the following form from Corporate Europe Observatory.

Environmental NGOs and activists raising their voices on environmental issues are being targeted by abusive SLAPP lawsuits: Strategic Lawsuit Against Public Participation. They are "abusive lawsuits filed by a private party with the purpose of silencing critical speech". A terrible example of a SLAPP case is that against the French activist Valérie Murat. The spokesperson of "Alerte aux Toxiques" and daughter of a winemaker - who passed away from a cancer caused by pesticide exposure - publicized a study on pesticide residues in Bordeaux wines. She was sentenced in February 2021 to pay €125,000 to the wine industry in "compensatory damages" for "denigration".

Against such injustice, please sign and share this petition asking Vice-President to the European Commission Jourová and EU Commissioner Reynders to take action to stop SLAPPs.

Can you support our work?

Thanks for supporting the case against harmful pesticides and ecocide! You could also help us with a donation. Our work is voluntary but we need money to keep our website and social media running, and to contribute to the ongoing campaigns against glyphosate and other pesticides. Thank you!