Help us in the next stage to stop pesticide use

It’s been 5 years since we organised the Monsanto Tribunal. More and more people realise the harm done by the chemical industry. The call to include ecocide into international law is becoming stronger. To save biodiversity, healthy soils, clean water and our health we have to act on many levels, over and over.

Every action helps us to move a small step forward on this long road. Your support and actions are therefore very important.

Our world is controlled by a powerful chemical lobby with strong allies. Bayer-Monsanto is one of the main actors in this field. They join forces with other chemical giants BASF, Corteva and Syngenta in their lobby organisation Croplife International. They make their profits with a toxic model of agriculture, at great cost for nature and society. They tell us we can’t feed the world without poisoning it. But in every country there are farmers and scientists who show and prove this is not true. Intelligent and sensitive farming can reduce pesticides by 80%. Integrated pest management uses clever agronomic methods to prevent pests, has a series of techniques to correct problems and uses chemical only as a very last resort. This is, of course, not in the interest of the chemical companies, for it would strongly reduce their profits.

New EU pesticide law – too weak, but already under attack – what do you say?

Many EU citizens raised their voice in the Save Bees and Farmers initiative. 1.2 million Europeans gave a very important message: stop poisoning our environment and harming our health. We want farming to support biodiversity and work with nature instead of fighting it. The Citizens’ Initiative will soon enter the formal phase. Now you can speak on other levels to increase the impact. The next opportunity is to give your opinion in an official consultation on the new EU pesticide reduction law. This law will decide how the EU handles pesticides in many years to come. Although the current proposal needs much more ambition, it’s already under heavy attack by the chemical industry and the proponents of industrial farming. The Pesticide Action Network has built a tool to easily participate in the EU public consultation. Speak out now! 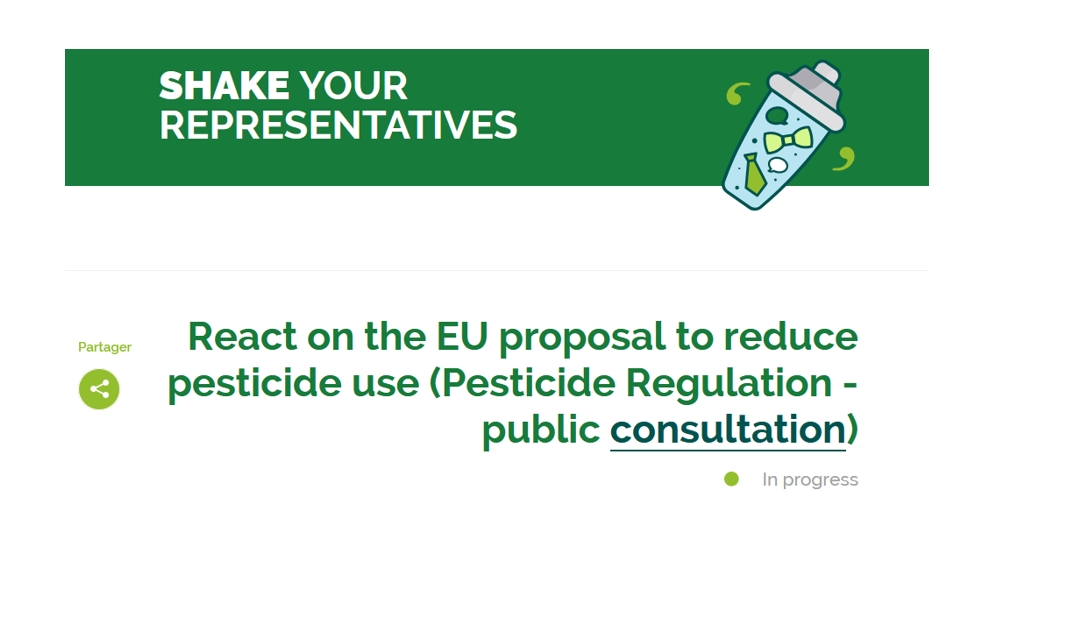 FAO, the World Food Organisation of the United Nations has formed a partnership with Croplife International, the lobby organisation for the pesticide industry. This is as if the World Health Organisation formed an alliance with the tobacco industry: how ridiculous! The different branches of the Pesticide Action Network consequently started a protest against this unhealthy alliance. In December PAN Asia Pacific, US and Europe delivered 187,000 protest signatures at a FAO meeting in Rome. In July PAN Europe asked the European Commission to stop EU funding of the FAO if this unhealthy bond isn’t broken soon.

Glyphosate not related to cancer? Says who?

There is an important battle raging on about the most widely used biocide: glyphosate. This weedkiller harms the soil and our water. It is omnipresent and can be found in rainwater and our urine. It has devastating effects on biodiversity, soil life, aquatic life, bee health and human health. 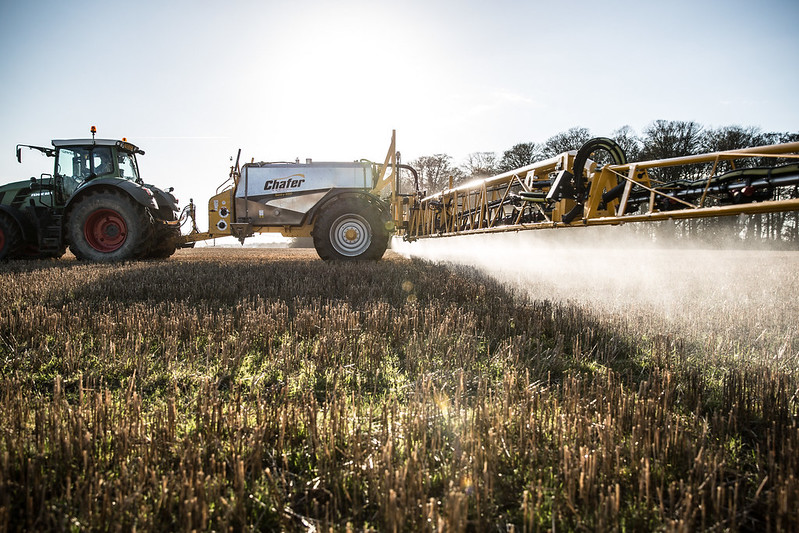 A federal court ruling in the US concluded that the Environmental Protection Agency (EPA) failed to follow established guidelines for determining cancer risk and ignored important studies. It discounted expert advice from a scientific advisory panel in officially declaring that the weed killer glyphosate was ‘not likely to be carcinogenic’. The court also concluded EPA was in violation of the Endangered Species Act. The case was against EPA, but Monsanto and other large agricultural groups weighed in as ‘intervenors’ to support the EPA in the case.

In the EU the authorisation to use glyphosate ends in December 2022, and of course, the producers want to continue their toxic profits. One important point is the question if it can cause cancer. EU pesticide law says that if this is the case, it shouldn’t be re-authorised. Now the European Chemical Agency ECHA has repeated its earlier conclusion that it is not carcinogenic, contradicting the World Cancer Institute IARC. Once more they neglect independent studies and still only listen to the faulty industry studies. Doesn’t this sound familiar after reading about the US?

Don’t be fooled: this is not a scientific discussion. This is politics and a prelude to continue the use of glyphosate. This very important battle will get into full swing in 2023, both in the US and the EU. We will need your help to stop this ecocide product. To be continued.

Support the Court Cases to Ban the Most Toxic Pesticides

In 2011 Europe decided to classify a group of chemicals as too dangerous for health and environment. They shouldn't be used anymore. They should be substituted by less dangerous methods. A list was made and... Nothing happened. The most toxic 54 are still in use, 11 years later. Why? The pesticide industry managed to convince authorities that there are no alternatives, so substitution is not possible. ‘If we ban this pesticide, we will lose the battle against pests and food production will suffer,’ is their argument. The authorities give in, and year after year the authorisations are renewed and none of these dangerous chemicals is banned. Now the Pesticide Action Network has started to challenge these decisions in court. Until recently this wasn’t possible. After complaints the rules were changed in 2021 and environmental organisations now have access to court. Read more. 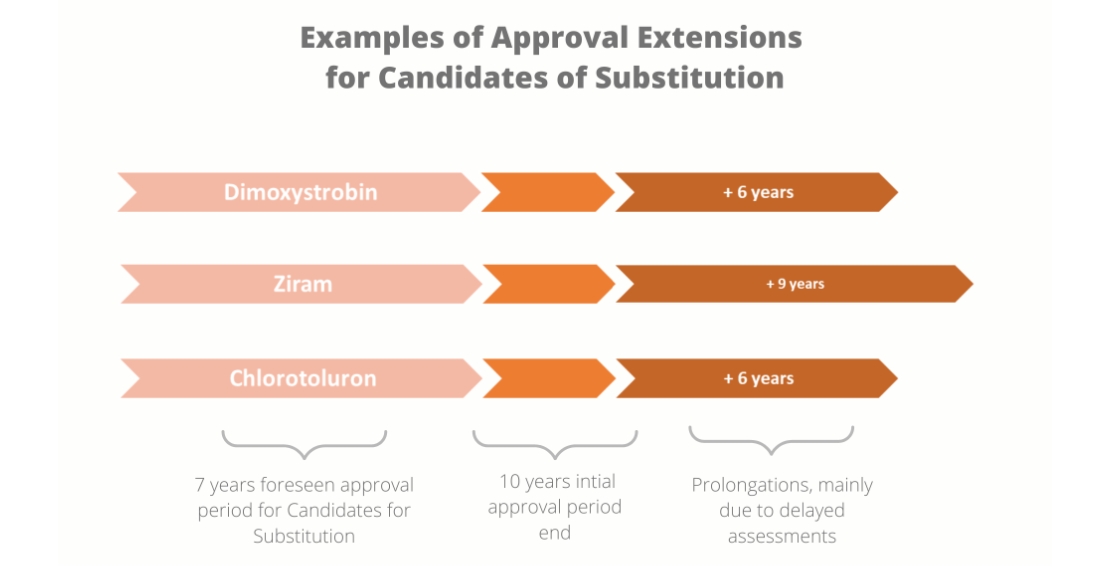 Please donate to support the legal actions against pesticides. Thank you!

On the 27th of September 1962 the famous book ‘Silent Spring’ was published. Author Rachel Carson describes an empty and silent world and shows the dangers of pesticides for health, soil, water and biodiversity. This sounds quite familiar… The book had great impact and contributed to the ban on Persistent Organic Pesticides like DDT and Aldrin.

However, these chemicals were substituted by others. So-called less dangerous pesticides have since ruined our biodiversity, degraded soil fertility, polluted water and damaged our health. The sale of pesticides has gone up, a lot. Were these lessons learned? Not exactly. We’re still fighting for the necessary change where we start to work with nature instead of trying to poison and kill it. Sixty years after the book publication PAN Europe organises a Rachel Carson Pesticide Action Month, together with Friends of the Earth, Good Food Good Farming, Save Bees and Farmers and other organisations.

Would you like to receive more detailed updates on the battle against pesticides? Subscribe to the free quarterly PAN Europe newsletter.